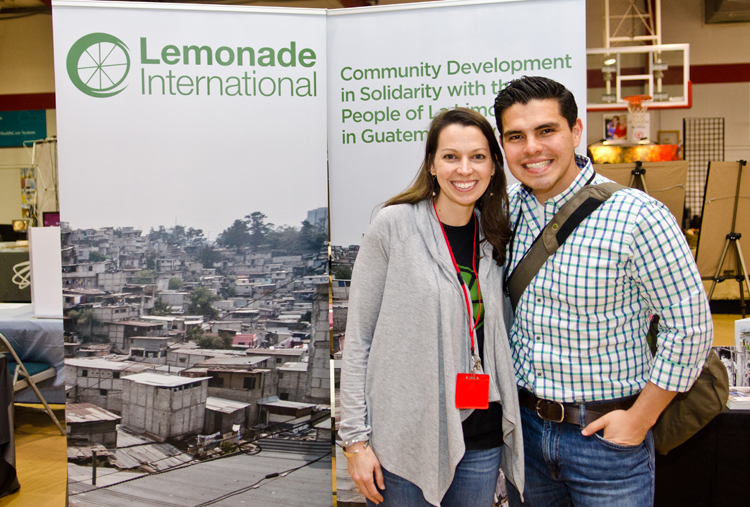 As a kid growing up in Guatemala City, Juan Pablo Soto knew all about La Limonada. His father lived within blocks of one of the entrances to the community, but Juan Pablo knew better than to go any closer than that—and he definitely knew better than to try to go inside. After all, he knew that La Limonada was “a dark place full of murderers, rapists, thieves, and gangs.” Everyone in Guatemala City knew that.

But Juan Pablo’s view of La Limonada changed dramatically and unexpectedly one year ago. Having moved to the United States in early 2002, Juan Pablo had recently started to become more involved in the ministry of Forest Hill Church in Charlotte, North Carolina. He’d participated in short-term trips to Africa and elsewhere in Latin America. His Guatemalan friends, however, questioned why he cared about needs in other parts of the world, but didn’t do more for his homeland. “I believe it was because I needed to grow and learn to see the world, especially my country, the way God sees it,” he says. “Sadly, growing up in Guatemala you get used to seeing poverty and actually become immune to the cruel reality.”

In February 2013—almost exactly a year ago today—Juan Pablo attended the inaugural Ignite Justice Conference in Charlotte (the second iteration of the conference is being held this weekend at Northside Baptist Church). As he passed through the exhibit hall, one large photo caught his eye and he was stopped dead in his tracks. It was a panorama of La Limonada, of all places—a view he had seen a thousand times while passing through the heart of Guatemala City. He approached the booth and was greeted by Lemonade International board member Rebecca Caswell.

“I know this place. This is in my country,” he uttered in disbelief.

Rebecca began to tell him about the community development work the organization supports in La Limonada, and how she herself had been there on multiple occasions. “When I told him that I’d been there and that we send teams into the community to partner with local leaders also seeking restoration and redemption,” she remembers, “he braced himself on the table, shook his head, and might have questioned my sanity.”

He simply couldn’t believe what he was hearing. People from outside of La Limonada actually went inside—and came back out alive again? “I could not believe that,” he says. “There was no way that this sweet little American lady has been in La Limonada! Not the La Limonada that I know!”

What Juan Pablo didn’t know at the time was that Rebecca had been praying that she would be able to share the story of La Limonada succinctly. “Additionally, Bill Cummings was praying with me for one powerful connection to be made,” she says. “That connection happened near the end of the first day when my not so succinct story telling had rendered me hoarse.”

Rebecca gave him a copy of Reparando, which he watched that night with his wife and his father. He learned the story of Tita and was introduced to a different side of La Limonada. He says, “My heart was officially broken and changed forever!” Soon afterwards, Juan Pablo and his wife were able to visit La Limonada and meet Tita in person. Due to La Limonada’s reputation, Juan Pablo says, “my friends and family could not believe that not only I was going, but that I was taking my pregnant wife with me.”

In the time since last year’s conference, Juan Pablo has been able to enlist Forest Hill Church in the cause. The church took a group to La Limonada in November to learn more about the community, and in 2014 the church will send two additional groups. We hope this is only the beginning. “My prayers are not so much that Americans continue to come,” Juan Pablo says, “but that God will change and open the eyes of Guatemalans—my friends and family—to see La Limonada as the beautiful place that it is.”