Reuniting With Alberto: Hope For His Future 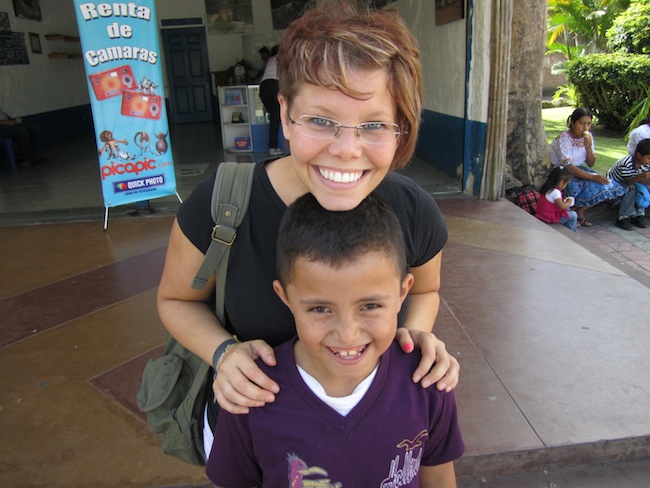 I first saw Alberto’s picture in 2007. The second I laid eyes on this child, I had to sponsor him. Little did I know that I would have the opportunity to hug him, meet his family and spend quality time with him. He has blessed my life from miles away and within an arm’s reach.

A couple weeks ago I was able to go to Guatemala and see Alberto for the first time in 2 years. It was a precious reunion and it made my heart jump with glee when, after knocking on his door, he ran up to me and hugged me. He knew who I was and he knew how excited I was to see him. I have to be honest; I haven’t been the most “communicative” sponsor. I am a terrible letter sender and gift sender. I like to say that it is due to the fact that I had been there so many times. Truthfully, it is because I get consumed with my life here. Though I NEVER forget about him, I have failed to show him how much I do think about him. I was so grateful that he ran to hug me.

I learned that Alberto’s life situation was worse than I thought. He lives with his grandmother and his aunts care for him during the day. Neither he nor his family know where his mother or father are staying. It’s heartbreaking as I think back to meeting his mother… I cannot imagine ever leaving that brown-eyed, freckle-faced kid. Ever. I know that education is his only hope and I suspect that he isn’t active in because his family doesn’t really consider it a priority. This was so hard to come to terms with.

I was given the opportunity to spend time with Alberto at the Guatemala City Zoo. This zoo is amazing and taking a 9-year-old boy that you’ve never heard laugh before to a place where he can be a kid… it melted my heart. He ran, he laughed, he rode bumper cars (he was the best one out there, by the way), he ate pizza with ketchup on it, he got dirty, he held my hand… he was a kid: care-free and happy. This is what my monthly giving is about. It is about him having a life he deserves and for every single child within the program to have such opportunities.

I know that my visiting Alberto one or two times won’t change the mindset of his family. I know that it won’t change a pattern that has been built for generations… but I hope. I hope and pray for this child.

The laughter and joy he displayed that one day at the zoo gave me even more hope for his life. It gave me a glimpse of what could be in store for him. To pray for this is important… and to continue to do my part is just as important. If you sponsor a child, pray for them to laugh and be child-like. If you don’t sponsor a child, consider this joyful addition to your life. It is really like nothing I’ve ever experienced.