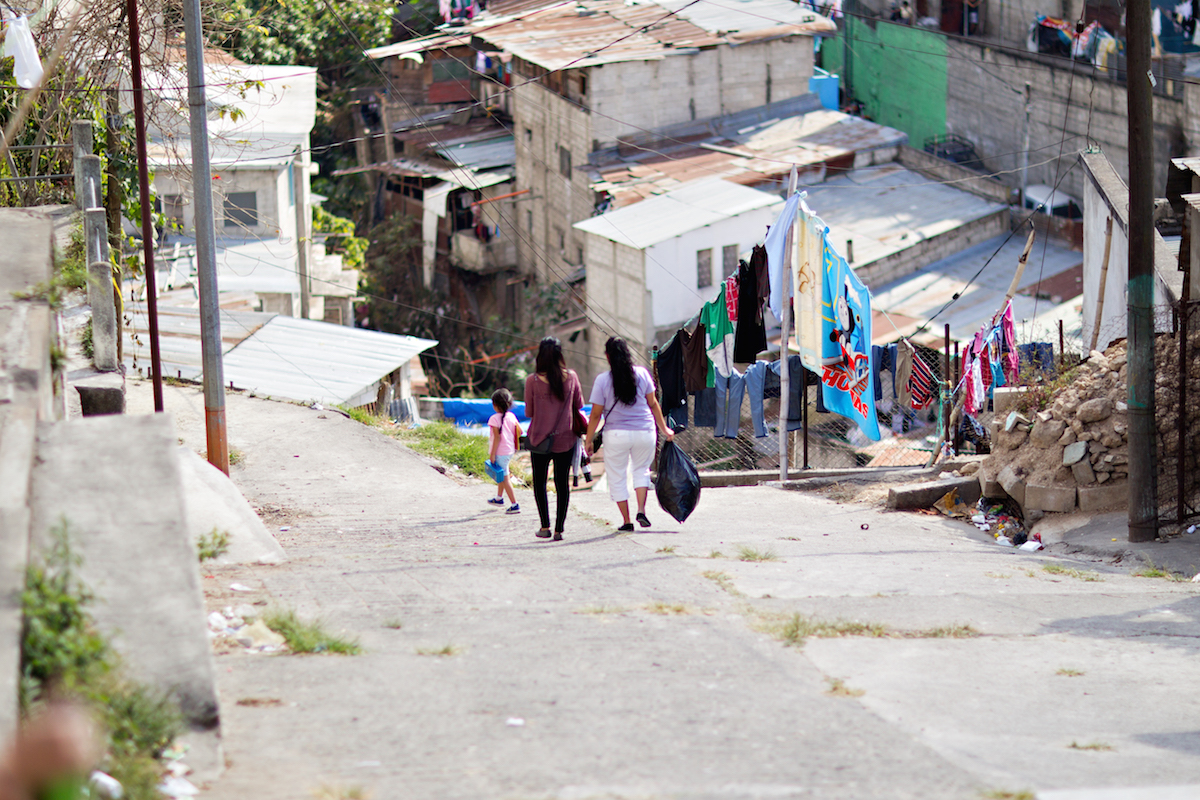 As you may have seen in our social media updates, in recent weeks there has been an increase in senseless violence in two of the neighborhoods in La Limonada.

Cycles of extreme poverty and corresponding loss of hope have long dominated the community. Children growing up without access to basic services, education, jobs, or other opportunities find their hopelessness can be escaped even for a moment by stealing a thing, a person, or a life.

Father Gregory Boyle, who works with gang members in Los Angeles, wrote, “Homies, more often than not, just decide to put themselves in harm’s way when things turn bleakest.”

This bleakness has grown as rival gang members in La Limonada have been actively crossing lines and pursuing ongoing retaliation. Those committing violence are a small minority of the community of children, families, and elderly who simply want to live in peace.

This week Tita shared with us, “We are going to fight with faith, justice, and love, with hope and believing to the end. We are going to pray, worship, and keep going. But we do need your prayers. Please, keep us in your prayers every time God reminds you about our situation, about the poor, about injustice, and about this fight.”

Your prayers are fueling the courage, resolve, and hope of the staff members who remain present during this time of grief and fear. Your support is enabling them to keep on standing with the least of these, praying for an end to the violence, bringing the message of God’s love to those with blood on their hands, while making a wholehearted investment in the children before they choose gang life.

When Tita and her team look in the eyes of those perpetuating evil, they see the stories of other former gang members who have chosen to stop the cycle of violence, and believe life could be different. They know there is hope and they fervently pray for God to change the hearts of these young men the way he did in Efrain.*

When fully active and tattooed gang member Efrain first met Tita, she asked him how she could pray for him. In a rare moment of vulnerability, tears welled up and he told her how much he desired to work – an honest job. He knew his tattoos were a sign of his gang involvement, causing fear and rejection from any employer. In desperation, he took a razor to scrape the tattooed skin off of his face and a lighter to burn them off his arms. After making the commitment to stop stealing, he fell into depression. Day after day, his wife would return from working hard, long days. “Her tiredness should be my tiredness,” he would say in shame. After faithfully praying and hoping, he now has a good job as a parking attendant at a mall and a way to earn a an honest living to support his family.

We believe change is possible. And we are grateful that you have joined with us on the journey toward that change.

Finally, as we think of the children of La Limonada who are surrounded by such violence, I believe now would be a great time to sponsor a child at one of our academies—building a relationship with a girl or boy who would truly benefit from the love, encouragement and support you have to offer.

If you are already a sponsor, this would be a perfect opportunity to write to the child you sponsor— sharing a brief note with much needed words of comfort and hope.

Thanks for your love and support. This work could not be done without you.

*Name has been changed to protect this person’s identity.