Colors Of Hope Shining Bright In The Darkness 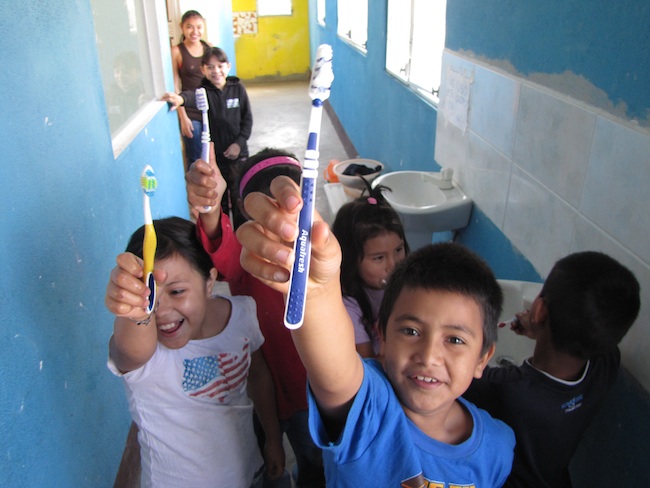 Earlier this summer I had the unique privilege of going on a prayer walk with Tita through the streets and alleys of La Limonada. I consider it one of the greatest privileges of my life to be able to walk the path between the two schools that she directs. One is in a section of the community called Lourdes Uno and the other is in a section called Lourdes Dos. The men who are from La Limonada don’t cross between these two areas. It’s not safe for them. I’ve always known about the pain and darkness of the community, but this walk allowed me to see it like I hadn’t seen before. There is much darkness. The bullet holes in the walls above places where children play tell the story clearly enough.

One of the things that you notice right away when you look at a picture of La Limonada is how everything looks grey. There is very little color. Grey concrete. Grey cinder blocks. Grey corrugated metal roofs. More grey cinder blocks. Just about everything is grey, drab looking. It only adds to the darkness, the perception that there is no hope to be found in this seemingly hopeless place.

But on my walk with Tita, I was able to see something different that is also true about the community. While La Limonada exists under the cover of a drab darkness, it is also full of beautiful color. It is these colors that speak of the hope of the community. The colors of hope shine brightest in the schools. The colors are literally painted on the walls. These walls are covered in colorful handprints of the children that have found a home there. Even something as simple as the the toothbrushes hanging from their holders in each classroom scream of a colorful hope, an alternative to the grey, dark violence and desperation that surrounds them. 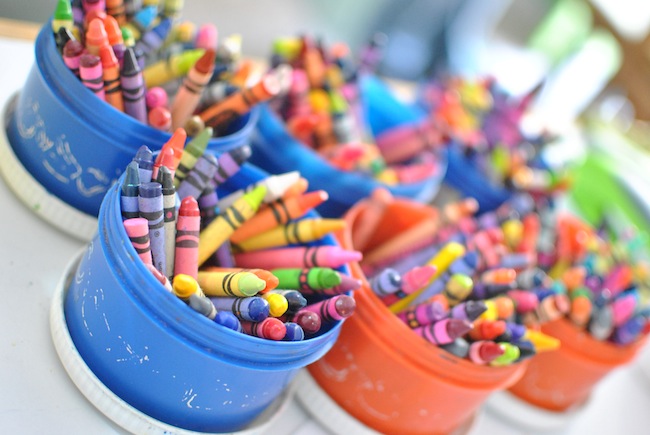 It was on my walk with Tita I realized something new. The hope is not confined to the schools. As I stood with Tita on the balcony of the home of a former gang member whose life was being threatened, I could not help but see rays of hope bursting forth from the schools into the community, into the homes, into people’s lives.

Tita had invited us to pray that God would push back the darkness. I am sure she realizes this, but God is using those schools to do just that. Of course, the buildings themselves do not do that. It is not just the painted walls that bring color to the La Limonada community. The color comes from who and what these schools represent. The darkness is pushed back by the teachers. Teachers who choose to give their lives each day to children that the rest of the city says are not worth it. This hope is pushed back by teachers and volunteers who give these children what they are starving for the most. Love and attention. From this, the possibility of one day having a job and a livelihood that is not dependent on drugs or stealing is not merely a pipe dream.

In Guatemala City, the community of La Limonada is seen much like we see our own ghettos across the United States. In my city of Philadelphia we see communities like Camden, parts of West Philly and Kensington as places you would never go and places that are full of thugs and drugs and violence. We say these things. The same things people in Guatemala say about La Limonada, one of my favorite places on earth. Now, I understand there is a reason people say this. La Limonada is dangerous. There is no question about that. I would never go there alone. It would be stupid for me to do so. But when I go into La Limonada with my friends, I feel totally safe. And it is with these friends that I see the truth about the community. The truth that in spite of all the things wrong with La Limonada, it is a beautiful place full of beautiful and amazing people.

It makes me wonder, what would it look like for us to find friends in other desolate places on earth? Places devoid of hope? From the ghettos in Guatemala City to the cities and suburbs of the United States of America?

Maybe we’d realize that every community on earth has hope bursting from within it.