“And if you spend yourselves in behalf of the hungry and satisfy the needs of the oppressed, then your light will rise in the darkness, and your night will become like the noonday.” – Isaiah 58:10

In 1994, a Guatemalan woman named Tita Evertsz began volunteering her time in La Limonada (“The Lemonade”), even after her church leaders encouraged her to avoid the community due to its violent reputation. Her own past included drugs and an abusive relationship, so Tita could relate to the struggle of the people there. She would push her children in a stroller while carrying a pot of rice and beans to share with people in the community. Years of serving the community and witnessing cycles of poverty, drug abuse, violence, and death reaffirmed Tita’s conviction that she had to do more.

In 2004, the first group from the US, including the founders of Lemonade International, served with Tita in La Limonada, and helped raise funds to expand the school. A lifelong friendship emerged from this trip which led Bill and Cherie Cummings, Leah Craver and Donnie Long to establish Lemonade International in 2008 as a federally recognized, 501(c)(3) non-profit organization incorporated in the State of North Carolina.

The academies serve as beacons of light and hope in the midst of the darkness of La Limonada. The buildings provide much more than a space for the academies. They provide a place for parenting classes and a launchpad for relationally-based ministry among the children, individuals, and families in the community. 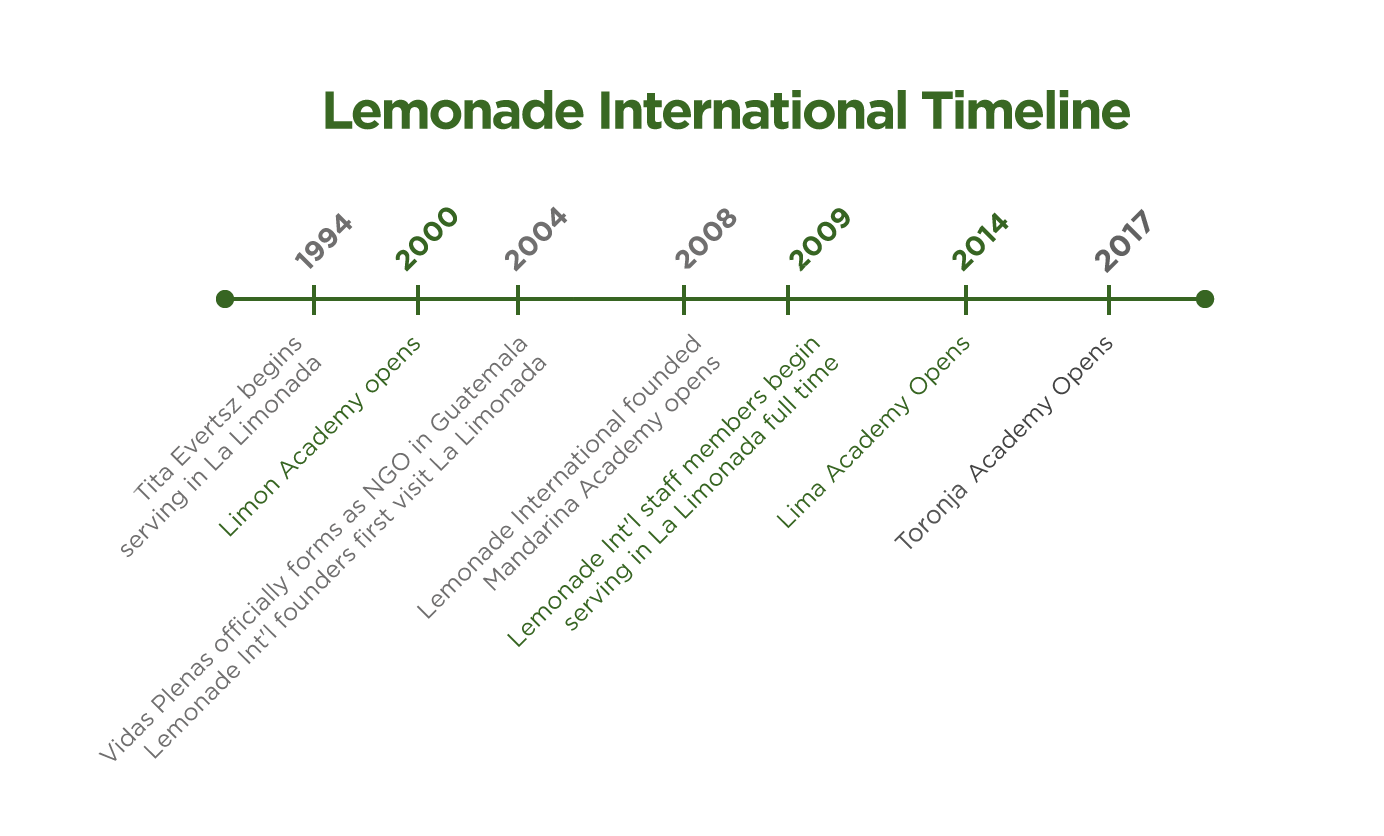 We are committed to supporting the mission of Vidas Plenas as they continue their work in gang prevention, community relief, and rescue outreach through the existing academies and through future expansion into all ten barrios (neighborhoods) within La Limonada. Our shared desire is for those most in need to experience transformation and to live full lives in Jesus. Read more about the Vidas Plenas Rescue Bridge model and our work here.